Results: The only thing that matters in the world of hurt kids

In the world of brain-injured children reading is a vital issue. When the world sees a hurt child it often decides his fate based upon the assumption that he is not intelligent. Once he is assigned this lower condition, he is seen as less deserving and less worthwhile. How else can we explain the places where hurt kids are routinely warehoused, medicated and forgotten? The children included here had significant problems in the visual pathway that could have put them at risk and ruined their lives. Parents, and stimulation, as always, were the answer. If a hurt child can read he can learn about the world and demonstrate to that world that he is highly intelligent.

At birth a newborn baby is blind: the baby has a light reflex. This is the first stage of beginning to see. 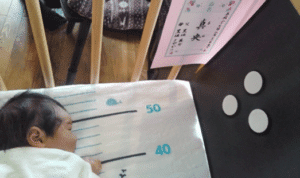 As the baby matures, the baby begins to see outline. This is the second stage of visual development. When a baby begins to be able to see detail this means the baby is beginning to have useful vision.

Injury to the brain either before, during or after delivery can result in poor or inconsistent vision. This is because of injury to the visual pathway, not injury to the eye. 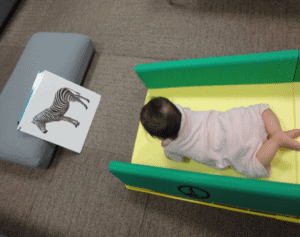 After stimulation the same baby only weeks later is ready to see detail within a configuration- “Zebra”.

Appropriate stimulation and opportunity are the answer when a sensory pathway is in trouble. When the visual pathway is provided with stimulation with increased frequency, intensity and duration in recognition of the orderly way in which the brain develops, the visual pathway will grow. The child will begin to see the world around him and differentiate detail the child can actually begin the process of learning to read. The young child begins with single words, then couplets, then sentences. When a child can consistently differentiate single words and couplets he has begun on the reading pathway and he receives a reading victory.

Ekam, was born in the United States. At five months old, he experienced high fever caused by bacterial meningitis which caused acute infarcts, and thrombosis of the brain. His parents attended the What To Do About Your Brain-injured Child course just before Ekam’s first birthday. Seven months later at his second visit, Ekam, age 19 months, earned a reading victory. His Mother taught him  750 words, 360 sentences, and he read 25 large print books in both English and Punjabi since Ekam is bilingual. 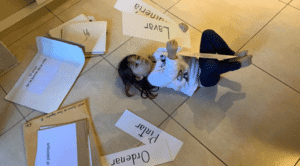 Sara is from Argentina. She was diagnosed with global developmental delay and hypotonia.  She had difficulty breathing, eating and digesting so was operated twice to open her respiratory pathways. Parents attended the What To Do About Your brain-injured Child course when Sara was 27 months old. She had her visit at that time.  After eight months of home program, Sara and her family returned to The Institutes. By that time, Sara had been taught more than 600 words, 380 phrases, and she had read 9 large print books.   At her reading evaluation she scored 100%.  She also received understanding and crawling victories at that visit.

We all like to think that we arrive with an equal opportunity to develop and grow but this is not true for brain-injured children. Each of these children began their lives with significant visual problems that could have made their lives a tragedy. But their parents used their energy and their understanding of how the brain grows and develops to provide stimulation and opportunity to give their children a chance not only to catch up to their peers but often to surpass them.