Ivan was born after an induced labor, in which forceps were used to speed his delivery. His umbilical cord was wrapped around his neck. He was jaundiced, and doctors found cephalohematomas on both sides of his head. At first, Ivan seemed to be fine, and he was sent home. He was a very quiet baby – he almost never cried and spent most of the day sleeping. By 8 months of age, his parents found that his right ankle was extremely rigid and that the right side of his body did not function as well as the left. At 13 months, a CT scan confirmed that Ivan had sustained an injury to the brain. Ivan’s doctors told parents that he had Cerebral Palsy.

Ivan’s parents began to look for answers for Ivan. They learned about the book “What To Do About Your Brain-Injured Child” by Glenn Doman. Inspired by what they read, they traveled to The Institutes for the Achievement of Human Potential to attend the course that would change their lives. They learned that they could help Ivan develop by treating the brain. They understood that The Institutes Developmental Profile showed that, even though Ivan was an 18-month-old, he was functioning like a 10-month-old baby.

Vision, sensation, mobility and speech were all problems for Ivan

He could not converge his vision, his sensation was incomplete, and he walked very poorly due to rigidity on the right side of his body. While average 18-month-olds have more than 10 words of speech and can even say couplets, Ivan did not say a single word. He communicated with sounds only. The function in his right hand was very poor, and he could not grasp objects normally. 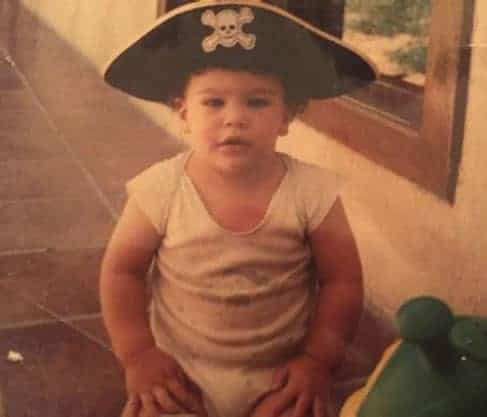 Little Ivan was struggling to keep up.

Parents wanted a treatment program designed just for Ivan that they could carry out at home.

When Ivan was 2 years of age, his parents took him to The Institutes in Philadelphia to be evaluated. They wanted a treatment program designed just for Ivan that they could carry out at home. They returned home and got started. They did a program of patterning to teach him how it felt to move in a perfect cross pattern. They understood that this is the basic pattern of movement for crawling, creeping, walking, and running. In order to improve his mobility, parents started a carefully designed program of walking and running. Although he was just 2 years old, his parents began to teach him to read. This would prove to be very important for Ivan’s intellectual and language development in the future. Parents began consistent tactile stimulation. This was particularly important to “wake up” the right side of his body, which was dull.

Ivan’s development began to speed up.

The rigidity on the right side of his body started to subside, which helped his walking. He started to be able to speak – a wonderful development for him. Ivan says now, “I remember feeling like I was getting better.” He also recalls feeling like he was more capable. His mother wisely combined his physical and intellectual program in an enjoyable way so that the program was always fun for him. His mother used reading and The Institutes Encyclopedic Knowledge Program as a reward for doing the physical program. Ivan remembers now, “For the family, it’s a very unifying experience.”

As Ivan’s walking improved, he started to run. The Institutes recommended he start a program of crawling and creeping. This improved his ability to use the right side of his body, as well as improved his overall coordination. 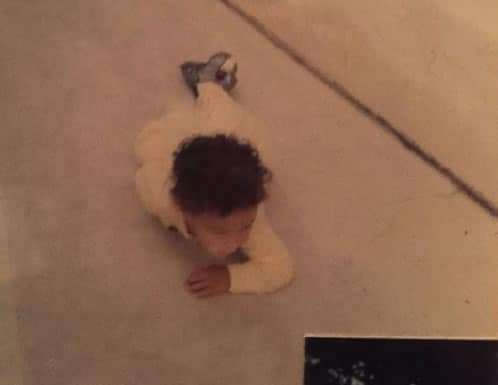 He also began a program of hanging from a dowel, to help improve the manual ability in his right hand. After he mastered this he moved on to brachiation. This was very important to improve his manual ability and to build a bigger chest for more oxygen to the brain.

By 7 years of age he could read, write and talk better than his peers. 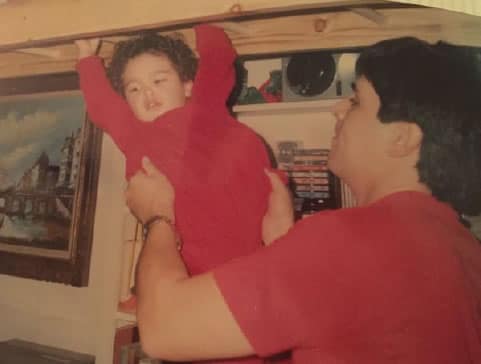 Brachiation helped Ivan to gain function in the right arm.

By 7 years of age, Ivan was doing superbly. He was able to read in Spanish and English with comprehension at a 10-year-old level. His tactile problems were completely gone. Not only could he run incredibly well, but also he could hop on one foot across a room. He no longer had any speech problems. In fact, his parents and The Institutes staff agreed that his language and vocabulary were above his age level. He could also write in Spanish and English better than his peers.

He was able to complete a nonstop triathlon of 400 meters of swimming, 10 kilometers of biking, and 5 kilometers of running. In addition, he was doing gymnastics. 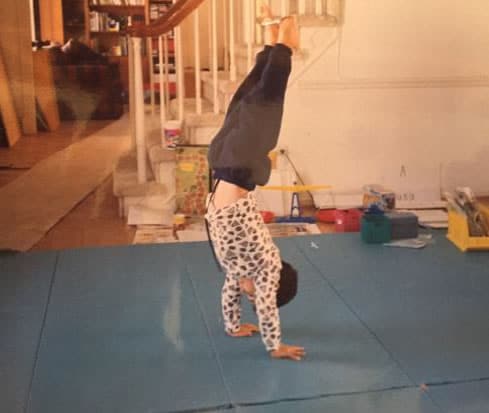 Ivan had not only caught up with his peers in nearly every area, he had also surpassed them in ability. He was now ready for new challenges in life. He graduated from The Intensive Treatment Program, and was invited to attend the Evan Thomas Institute – the school on The Institutes campus, with his well peers. 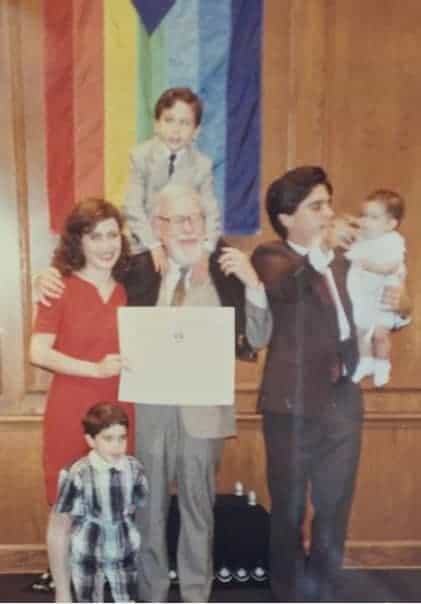 Ivan graduates – he celebrates with Glenn Doman and his family

Ivan is invited to join the International School

As a student in The Evan Thomas Institute, Ivan was given new intellectual, physical, and social challenges. This included acting in a Shakespearean play, completing a triathlon and long distance running, learning Japanese, and learning to play the violin. 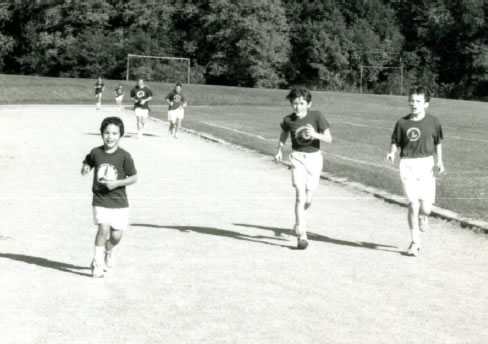 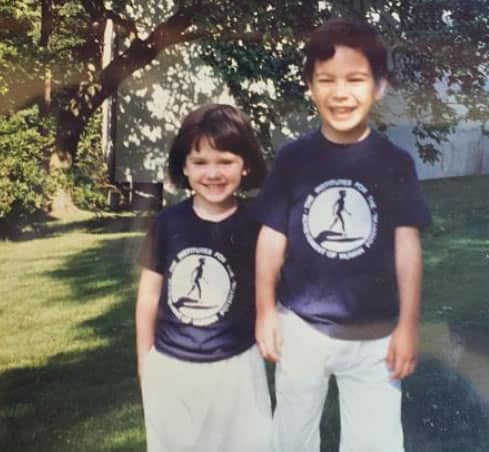 Ivan with one of his classmates at The International School

Speaking about his experiences at The Institutes, Ivan says, “I was really built from this place.” When thinking back about the impact of the Intensive Treatment Program he remarks, “It is not quite accurate to say that I was raised by

the Intensive Home Program. It’s better to say that I was built out of it. The home program set the bar for how much effort, intensity, creativity, and commitment I invest in whatever it is that I do.” 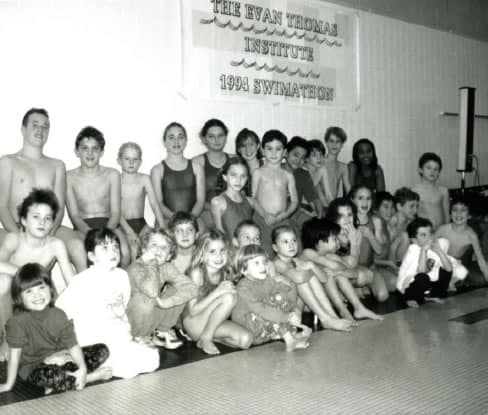 Ivan (back row center) swims in the 1994 ETI Swimathon

Ironically, the little boy diagnosed with Cerebral Palsy is now a top notch athlete studying and working in sports science, to help other athletes reach their physiological peak and full potential. He feels that the physical and physiological program of The Institutes helped guide him in his life mission to help others and better understand the human body and potential.

Most recently, he co-authored a paper called “Overfat and Underfat: New Terms and Definitions Long Overdue”, which will be published in a peer reviewed journal, Frontiers in Public Health. In addition, he operates a blog named  “Running in Systems”, which is dedicated to demystifying the latest sports science so that athletes can understand it in a simple way. He coaches other athletes to reach their own goals in life.

Recently, Ivan and his partner, Heidi, returned to The Institutes to attend both the “How To Multiply Your Baby’s Intelligence” Course, and later the “What To Do About Your Brain-Injured Child” Course. They want to be as informed as possible in the future as parents. It was a pleasure to have Ivan back at The Institutes so we could see him again and appreciate his many incredible achievements.

“You carry the knowledge deep within you… a bit of vision, a bit of time, and a bit of training.”

We enjoyed having the opportunity to interview Ivan to learn more about his experience on the program. Watch below: 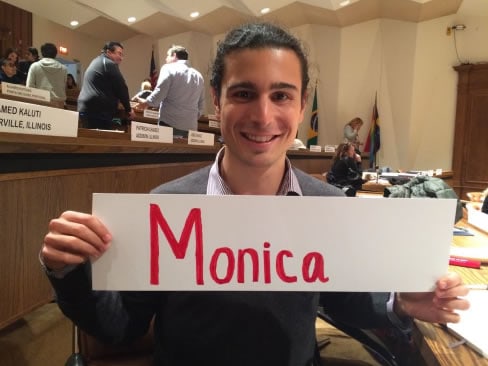 Last fall Ivan attended the “How To Multiply Your Baby’s Intelligence” course. He makes his first reading card

When asked what advice he has for children starting The Institutes program, he says,

Well done, Ivan you will help lead the way for other children. You and your parents have demonstrated that the brain really does grow by use, that neuroplasticity is not just a popular buzz-word but a whole new world of stimulation and opportunity.